Gen., Announce., Events
Jeff Bond
1829 Hits
2 Comments
I have a neighbor that lives 2 doors down from me. Nancy is 90+. I respect not asking her real age, because I know several people at 29 and holding. She is sharp as a tack. She was a U.S. Ambassador for Suriname during her career and has traveled the world. Her stories and memories about our neighborhood are exciting to hear.

Unfortunately, she is far less mobile and her sight is failing. She struggles with seeing anything in a print format, for it is too small, and uses a pair of binoculars to watch TV.

I walk our Golden Retriever, Cooper, by her house and stop when she is sitting inside her screened-in porch. She enjoys petting Cooper, and he shows her a lot of attention and affection. It also gives her the opportunity to “pick my brain” about technology.

I have spent time with Nancy making sure that her technology was accessible with minimal effort and knowledge on her part. She is very interested in current verbiage she hears from her radio or television.

Last week it was, “What is streaming about?” I explained it was a way of getting content, video and audio over the Internet. Some of it is free and some has to be purchased through subscriptions like HULU, Netflix, Sling and others.

I was asked to explain those as well, because she has an endless curiosity of how technology has evolved from just a radio or a television with a pair of rabbit ears*.

Just this week she greeted Cooper and me with much excitement. “Let me show you my new best friend,” she said. She pulled out a handheld digital magnifier. She was so thrilled.

We had talked about devices in the past, but she was reluctant. At a recent eye doctor’s appointment, it was suggested she visit a specialty store on the southside of Indianapolis. Nancy decided to give it a try and visited a vendor that has been serving PATINS Stakeholders for years.

Long story short, she can now read the newspaper and her mail and does crosswords puzzles. She’s like a kid at Christmas.

*Rabbit ears were an adjustable television antenna that could be re-positioned to get the best picture reception. Sometimes placing aluminum foil on them would “amplify” the reception. 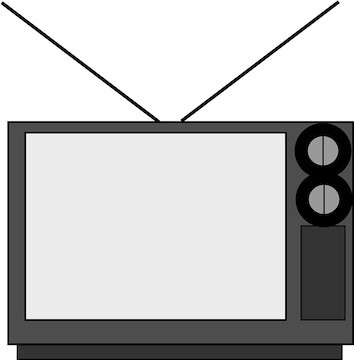 Tweet
When Life Overlaps (With More Life)
Tea anyone?

Jeff - Love the post. I remember too havinf an aerial antenna on a tower that frustrated the crap out of my dad. And, only the knob channel selectors an only usually got channels 4, 6, 8, 13 and the test signal after in the wee hours!

0 Cancel Reply
Jeff - Love the post. I remember too havinf an aerial antenna on a tower that frustrated the crap out of my dad. And, only the knob channel selectors an only usually got channels 4, 6, 8, 13 and the test signal after in the wee hours!
Cancel Update Comment