Promoting Achievement through Technology and INstruction for all Students
Authors 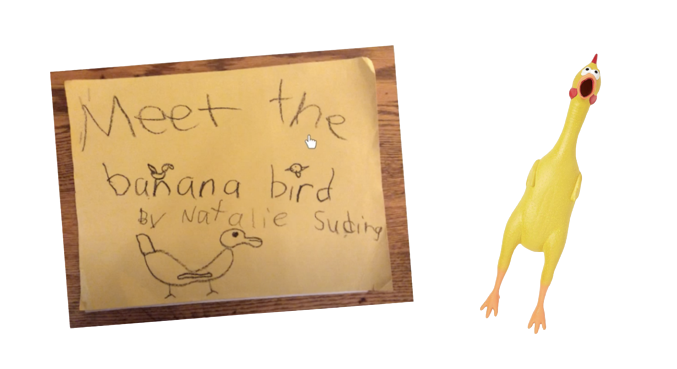 My daughter just completed her first year of college and while chatting about papers she had to submit, we revisited the time when she was immersed in her writing creation of Banana Bird in elementary school. She used to walk around the house singing, “Banana banana banana bird, it makes the monkeys herd!” It definitely became an earworm tune and still is until this day when a banana is opened. It’s been nearly 10 years ago.

Meet the Banana Bird by then 9 yr old, Natalie Suding 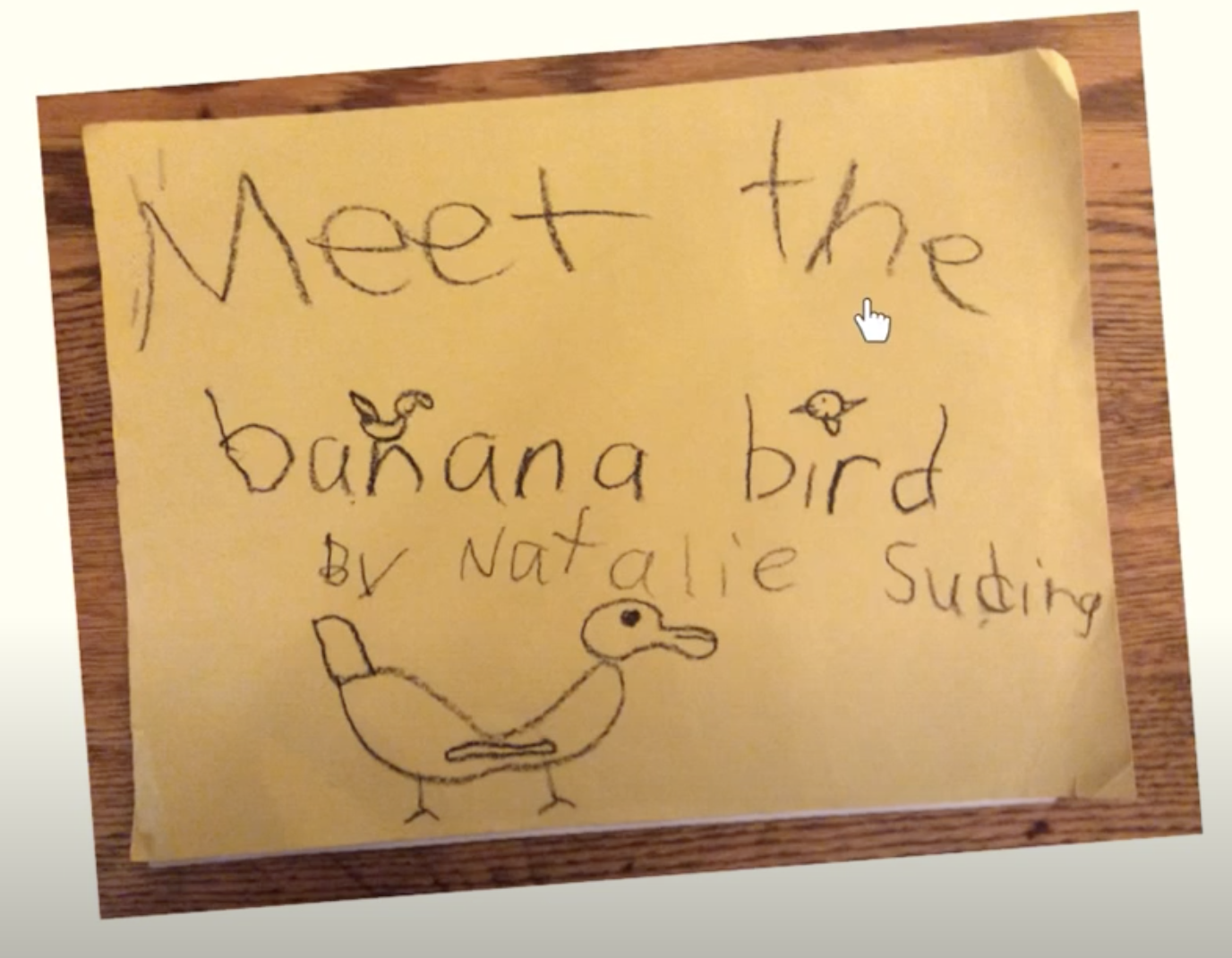 One day there was a Banana Bird. He sang this one morning: “Banana banana banana bird, it makes the monkeys herd!” He heard a noise. What was it? A monkey heard it! He started to climb a tree. “Shoo!” he said, but it didn’t work.

So, he jumped to a vine and so did the monkey. That didn’t work. Mr. Monkey was very bad. His name was Sam. So, he flew but Sam didn’t. He went down and went to the tree. He climbed a banana tree. The monkey was confused. “Which one was the Banana Bird?”

So, the monkey ate all of the bananas but the Banana Bird flew away happy. The end. 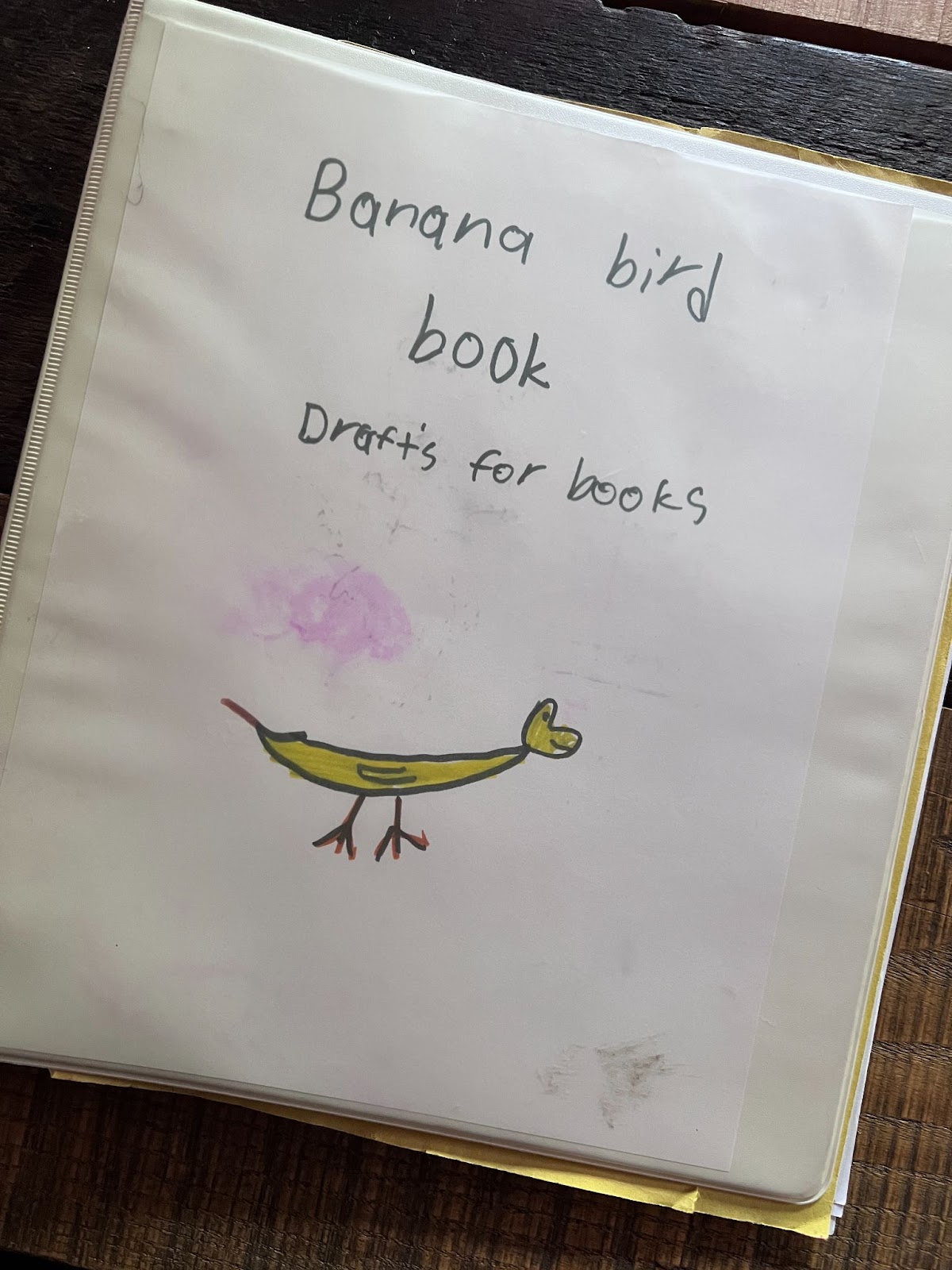 Ah, the creative storytelling of young people. She had a binder of ideas for future Banana Birds. I think my favorite one I looked forward to was “Monkey Attak” as she has written in her notes. 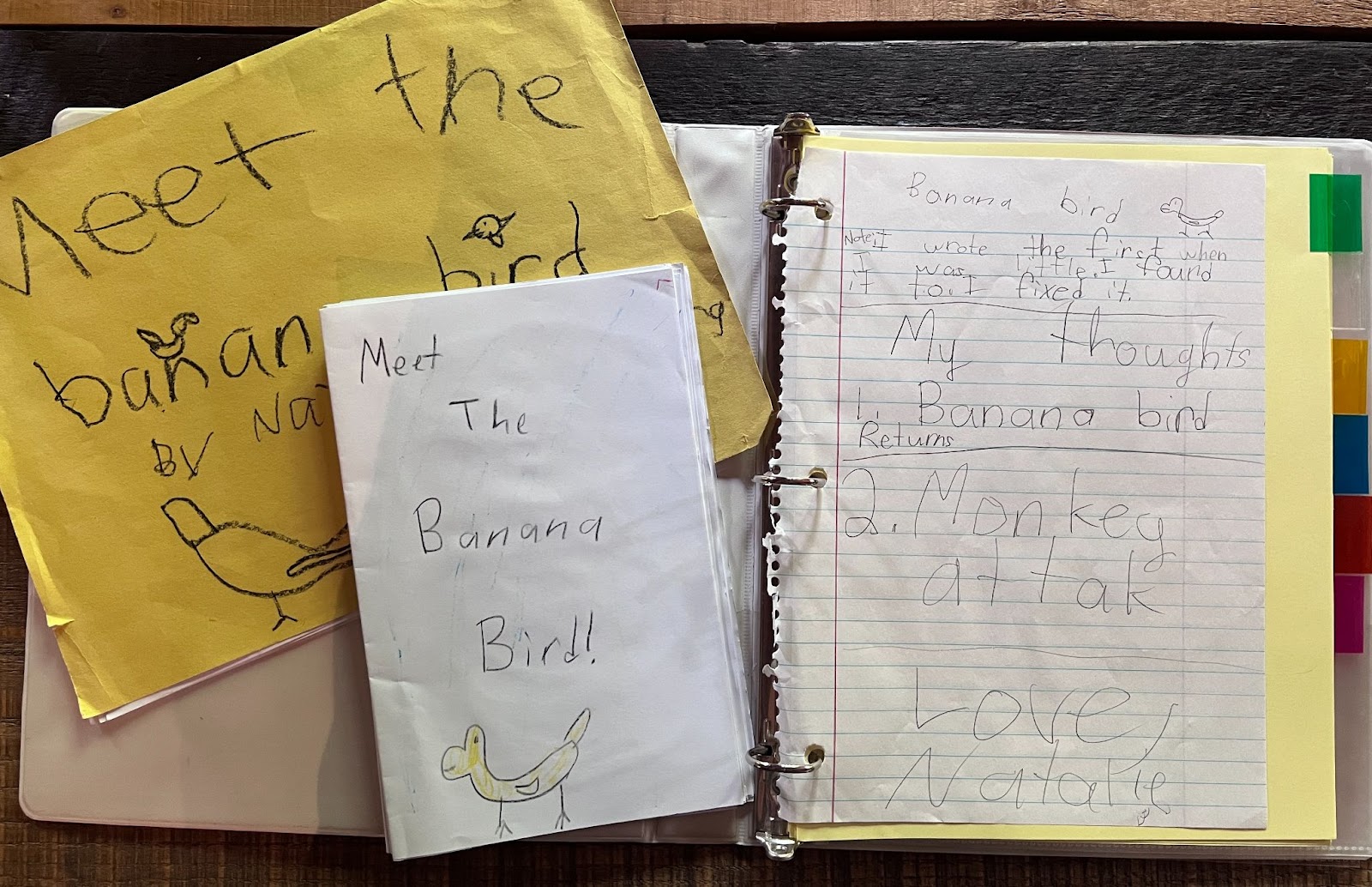 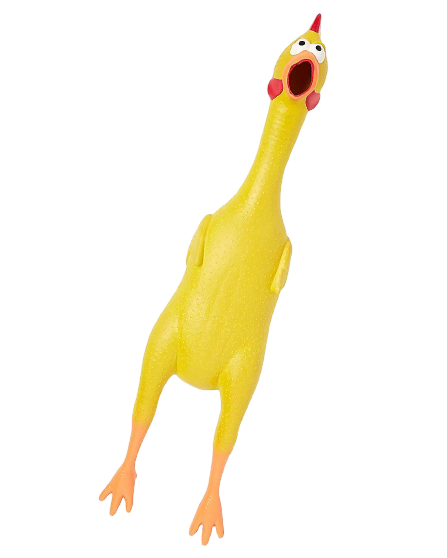 She had a lot of questions as to why I was cutting open a rubber chicken to place wires and coins inside. This began a wonderful conversation about disabilities, access and accessibility. She decided that she wanted to make Meet the Banana Bird her first attempt to make her book more accessible for her friends. So, she did.

I recently saw a sign in front of a rural school that said: “Small and mighty.” That is right…small and mighty. There is no but in what we typically hear people say, “small but mighty.” That statement within itself busts through mightset change, making it clear that there is nothing wrong with being small. It builds upon the word small and makes it as grand as the word deserves.

Try not to underestimate not only your own power of change toward accessibility; but those we can facilitate with even the youngest of students. Model accessibility and inclusion. Talk about accessibility. Teach accessibility. Consider giving Book Creator a try in your classroom for student projects. The earlier our students understand the why and how of access for all, it can become the only way they know how and then ask a lot of questions when things are not accessible. Our students can be small and mighty.
0 Comments
Tweet

That’s a Wrap! What’s Next? The school year is wrapping up for my children. The hustle and bustle of the end of the school year is an exciting and stressful time for many of us. As we consider the growth and successes of the school year, it is great to also regroup and plan for what is next. One hopes that the skills they have learned up to this point, will prepare them for the next season.

My oldest son is graduating from high school next week. I am an admittedly proud and grateful mom. The journey from preschool to high school has been so quick and yet so long. We have had no less than one or two yearly IEP (Individualized Education Plan) meetings since he turned 3 years old. He has had numerous goals met, triumphs, and a few failures as well, but he was steadily learning. It took a village of caring adults to teach and encourage him along the way. We worked so hard at home to make sure he had everything he needed. He had many services for years including occupational therapy, speech therapy, physical therapy, special education, instructional assistants, counselors, assistive technology supports, and other service providers along the way. When I say he had a village, I truly mean it! As soon as he gained more skills and became independent, some services were discontinued and new ones were added when we realized there was a new area for improvement. We all worked together and that teamwork is about to pay off. As he wraps up his K-12 career, he looks toward college now.

With one season ending for him, a new season of life is beginning. As we make the transition to summer and prepare to go to college, I hope he remembers what the village has taught him thus far and he will continue to advocate for himself. One part of the village has been the PATINS Project for Assistive Technology support for his providers. As the transitions continue for my children, I am grateful for the village that ensures student success through the educational process. Here's to the next season and new adventures!

Summer is almost upon us once again and one great thing about summer is that it allows extra time for families to spend time together. Activities such as cooking can teach many skills while being fun and educational at the same time.

Families can start small and build up to bigger and better creations. While cooking students can learn many skills. The following list was on the Norton’s Childrens Hospital website entitled “Cooking activities for kids can teach confidence and skills that can prepare them for a lifetime of healthy habits.”

Here are seven skills that your children can develop while helping in the kitchen:

I also wanted to share the following which I shared last year at this same time and it follows.

Summer is almost here,and I’m excited to share some outdoor time with my cousin who will be in 9th grade in the Fall. I work with him during the school year, helping out with his homework and studying for quizzes and tests. We work especially hard on Math, and he has shown tremendous growth and I want to keep it going. So I have been looking for ways to incorporate Math into the activities he enjoys. Here are a few ideas I have come up with so far:

I also encourage him to read all year long, but especially in the summer. I must admit, this has undoubtedly been a challenge! These are some ideas that I have used, or that I am planning to use over the summer.

These are just a few ideas that I have come up with. There are many other ideas, activities, and a wealth of information available with a search on the Internet. What ideas do you use with your students or children that you have found to be successful? Please share with me via the comments section.

15 Aug
I Love Data!
16 Aug
Emotional and Behavioral Regulation Using Assistive Technology
17 Aug
All Behavior is Communication
18 Aug
ICAM Digital Files: Delivery and what to do once you receive them!
23 Aug
Making Windows & Microsoft Work for Your Students Webinar